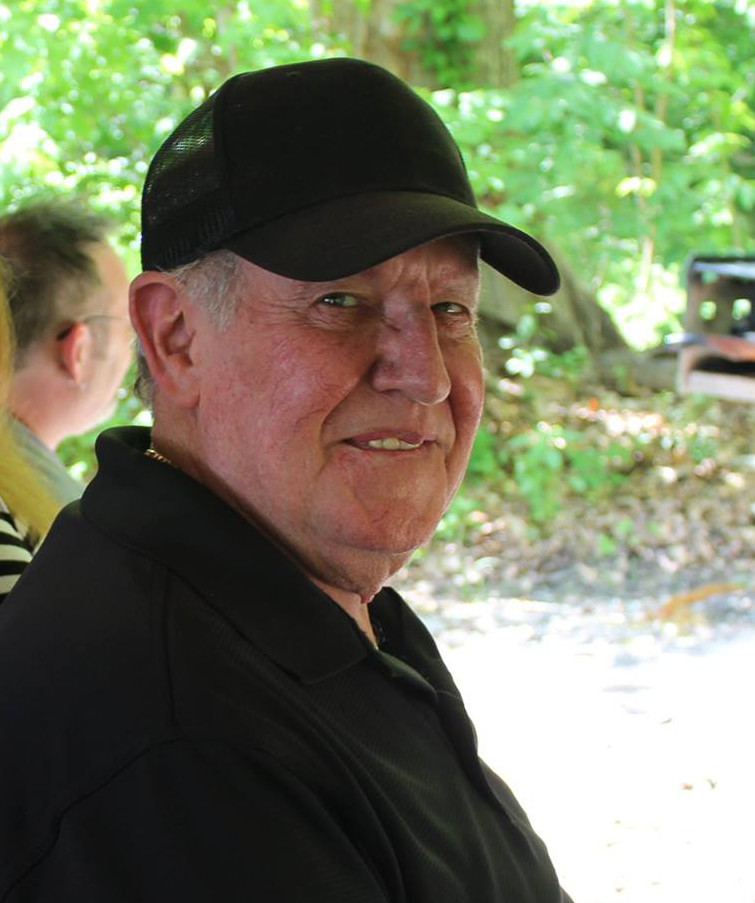 This year has been an especially difficult one. There are two people I call Dad in my life (who far and away have earned the title) and one passed away from Cancer abruptly this past May and the other has Stage IV Esophageal Cancer. To say this last year has been a tough one would be an understatement. My world literally seems to be standing on its head these days…nothing in the world quite seems right. In Dennis’ case he was as much a part of our lives as my kids or husband. We saw him almost every single week (sometimes multiple times a week since he would just pop in at random) For a long while he even literally lived directly upstairs from us. He was always there when we needed him, always helped with anything the kids ever needed, and was as much a part of my family as anyone in my home.

My relationship with Dennis (Papa to my boys) wasn’t always easy (and I don’t think he would characterize it as such either) though my love for him and appreciation for having him as a part of our lives has always been omnipresent even when my ability to properly show that due to other distractions may not have been. I’m about as much his opposite as I think I could be and I admit that I am not entirely sure he ever really understood me. Honestly I didn’t always understand him either LOL. He was never much for “yucky emotions” and I am pretty much the definition of emotional. I tend to put everything I feel out there (for better or worse) and he tended to keep everything close to the vest so you were never exactly too sure what he was feeling other than when he flashed his temper your way (then you knew you were in trouble LOL).

That said, I don’t think he was as distant as he could sometimes seem. The more Dennis loved you, the more distant, cold, or easily angered/impatient he could be with you especially if you hurt or disappointed him. If anything I think he may have been as emotional as I am but with less comfort or willingness to be open about how he really was feeling which generally translated to anger being expressed even when it was more hurt or disappointment he was feeling. That complexity sometimes strained his relationships with those he cared about most which makes me heartbroken. I wish I would have understood him then the way I feel I do now. I think our relationship would have been somewhat different. Oddly, I think I learned more about who he truly was and what he really felt as I packed his belongings than I ever learned from him directly (He could be a man of very few words especially when it came to his feelings). Often I think what he said and what he felt could be so very different. I learned that as I went through the tons of pictures of his children he had stashed throughout his home though he barely would speak of them (each for different reasons – his son because he passed away just as they started to gain a relationship and his daughter because I think he regret that the relationship seemingly was beyond repair). I learned it as I found all the mementos from his mother which he often complained about but who I think he loved more than he would or could ever admit out loud. I learned it as I found all the pictures and mementos of both his brother and sister whom he could be pretty hard on. I hope all those people realize that the harder he could be on you, the more he cared about you. It’s taken me some time to get that myself but I think I get it now.

The Beauty of Love…

If there is one thing I know above all the rest it is that when Dennis loved, he loved with his whole heart. Much like coal with a diamond hidden inside, it could be tough to get past his outer defenses to get to what was beautiful and precious, but if you were blessed enough to do so you would find he was capable of the most amazing amounts of love. If you ever met him, you could see that about him just behind his eyes that were soft, kind and almost child like in their gentleness. You could see it in his laughter or smile which could be downright infectious (and impish) sometimes. You could see it when he would joke around with you or give you a relentlessly hard time about something or other you did that he found especially amusing (part of that impish quality LOL) You could even see it when he was being grumpy while at the same time still trying to help.

Above and beyond all that though, I could see it in the way he was with my two sons (his grandsons). They had the ability to melt that rough exterior to show the beauty within Dennis in a way that was magical to behold. As a Dad he could be pretty tough, but as a grandfather he was sweet, gentle, kind, supportive, compassionate, and patient. I’ve never seen him happier and more at peace than when he was with the boys or when the boys would accomplish some small feat or when he was there to watch them do something (Whether it be karate/choir with my oldest or STEM/Band with my youngest) I always knew in the way he would tear up as he grinned from ear to ear while watching them or talking about them. He was always here for them, supporting them, loving them, laughing with them, talking with them. There wasn’t a moment of their lives that was important that he wasn’t there cheering them on and there won’t be one moment of their lives (or mine) where he isn’t on our minds and in our hearts. He will be with us always and our lives are fuller for having him in it.

Life is such a fragile thing…

One thing this whole experience has taught me is how fragile life is and just how precious. One minute the world is perfect (even with its complexities) and the next it’s turned upside down till your life seems almost so different to you its unrecognizable. I thought I’d learned that lesson all ready with the loss of my Grandmother who meant just about everything in the world to me but apparently I was in need of a refresher course (though a memo rather than sadness and heartbreak would have been better). To go from everything is fine and there is nothing to worry about to someone you love is gone in just a few short months has been enough to make my head spin seemingly off axis for almost a year now. I feel like I walked through those two months in someone else’s body. Every reaction, every thought, every emotion coming out backwards. My fear showing as frustration, my sadness showing blank, my heartbreak showing as distraction. I wish I could go back in time and do that time all over again, but sadly, there are no do overs. If there were, I’d choose instead to make it so Dennis’ skin cancer never recurred and thus he would still be here.

Happy Birthday Papa, We Miss You <3

Things I Need to Remember for My Own Sanity:

We Can Deliver On Projects

Trusted content developer of DAZ Studio and Poser Content for over 10 years with over 300 projects completed. We have a commitment to our customers to bring you fast, affordable, and reliable high quality content.